Fun Things to do in Downtown Sacramento

March 30, 2019
As the Washington Post says, California’s capital city has long lived in the shadows of its flashier neighbors. Sandwiched between San Francisco and Lake Tahoe, Downtown Sacramento is often underestimated and overlooked as a small and sleepy cow town — a rest stop on the way to greener and glitzier pastures. But thanks to the downtown revitalization and the rousing success of “Lady Bird” — Greta Gerwig’s Oscar-nominated homage to her home town — Sacramento has been suddenly, and rightfully, thrust into the spotlight.
Browse the Crocker Art Museum. The museum has been around since 1885 but underwent a major expansion—unveiled Oct. 10, 2010, its 125th anniversary—which more than tripled its size. In addition to housing world-class art, the museum also hosts lectures, films, concerts and more. Located just blocks from Old Sacramento and the new Golden 1 Center, the Crocker Art Museum is the ideal stop during a day spent out in the city center. The oldest continuous art museum in the west is split between two very different buildings—the Italian-style mansion from 1872 and a light-filled contemporary museum. Don’t miss the painting “Boston Cremes” by local artist Wayne Thiebaud—the colorful rows of tantalizing creme pies are a fun example of pop art.216 O St., Sacramento; (916) 808-7000

Tour the Capitol. It’s architecturally stunning, rich with history and free to the public. The California State Capitol Museum is open daily, except for major holidays. Note: The museum and the Capitol are one and the same, so as you are walking the halls, you are right in the heart of California’s working seat of government. The Capitol is located on 10th Street between L and N streets, downtown Sacramento. (916) 324-0333

Enjoy The California Automobile Museum. The California Automobile Museum was founded by a group of volunteers in 1982, the story behind the forming of the museum is quite interesting in itself. A group of volunteers were at a meeting when one pulled out a $100 note and asked who would match him, five others came forward and that was the starting funds from where the non-profit museum was founded. The museums first collection was to house the largest collection of Fords in the world and as the years went by the museum began to seek other makes of car. Today you can enjoy a truly diverse and exciting collection of cars.

Admire The Beauty Of The Cathedral Of The Blessed Sacrament. The Cathedral of the Blessed Sacrament is the mother church of the Catholic faith in Sacramento. This means that the church serves nearly one million Catholics and encompasses 99 churches. The cathedral was built in 1887 and has stood proud for all these years, recent renovations have made sure the cathedral continues to serve its people whilst looking spectacular. The cathedral has an interior dome which is a sight to behold and stands at 34m high, another impressive feature is the 13 foot crucifix that has a 14 foot crown overhead, the weight of the crucifix and crown is nearly one ton.

The best view is in a circle - Spend an evening with Broadway at the Music Circus offering productions for every age and interest. is the largest nonprofit arts organization (primarily producing musical theatre) in the state of California and the city of Sacramento's oldest professional performing arts company. Its summer stock theatre, Music Circus, has been producing Broadway-style musicals since 1951.

Cross the Bridge Tower Bridge which is also known as The Sacramento River Bridge connects West Sacramento in Yolo County to the Sacramento County in the East. The bridge itself was built in 1935 and upon its opening 100 homing pigeons were sent across the state to deliver the news to the people. Throughout the years the bridge has seen many renovations but a lot of the original bridge equipment still exists. Up until the 1960 the railroad used the bridge but this was made redundant so that the increased flow of traffic could be handled.

Look up to the trees. Did you know that Sacramento has been referred to as the “City of Trees”? And with good reason: From the palm trees on the perimeter of Capitol Park to the river birch on the banks of McKinley Park pond to the eucalyptus trees of the University Arboretum at Sacramento State and the verdant archways over midtown’s streets, our trees shade us from summer sun and show us their colors come fall. Explore for yourself: The Sacramento Tree Foundation has maps of popular parks and the trees that inhabit them.

Take A Ride On The Sac Brew Bike The Sac Brew Bike is perfect for groups that want to spend their time doing something different. Here you and your friends can jump aboard this multi-person bike and go for a group cycle around some of Sacramento’s best drinking and eating spots. You all jump on and get peddling whilst the driver operates the steering to make sure you are still going in the right direction after a few drinks. A completely unique experience to the city and one that is worth doing as it is not often you can exercise and have fun at the same time.

Popular posts from this blog

Tips for Arranging the Perfect Bed and Breakfast Stay 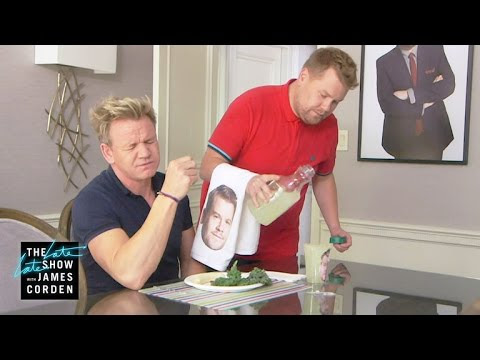 Nowadays, when planning a weekend getaway, you have lots of choices. If it's your first time at a Bed and Breakfast, the following simple tips will help you have a smooth, relaxing stay. Plan in Advance The best time to book is 45 days ahead of your stay. But, if you want your first choice of room or are planning a special occasion, however, you may want to book even further out. Planning your stay around Christmas, July Fourth, or another big holiday? Book as early as possible: Peak season means rooms fill up fast. Is the Price Worth It? Does the B&B offer any extra goodies for guests during their stay? Besides a yummy breakfast and a lovely bed with beautiful linens, common complimentary amenities include wine-and-cheese happy hours, warm cookies, bicycle rentals, beach umbrellas and more. What is the value of those amenities to you - it's great that they supply bicycles, but if you don't know how to ride a bike it's not that valuable. Find a property that …
Read more

Fun Things to Do in Folsom

Folsom is a city in Sacramento County, California, United States. It is commonly known for Folsom Prison, the song "Folsom Prison Blues" and Folsom Lake. The population was 72,203 at the 2010 census. Johnny Cash Trail. A part of the three-acre Johnny Cash Legacy Park, Johnny Cash Trail is a pedestrian and bike trail that winds through Folsom Prison and Folsom Lake Trail. They combine to honor the legendary Johnny Cash, his music, and his history with the city of Folsom. The ultimate art experience has several installations that pay homage to one of America’s most inspirational musical figures. The eight artworks and displays includes two seven-foot-tall bronze monument guitar picks, laser cut steel poles portraying a silhouette of Cash playing the guitar, and a Greystone Chapel that has excerpts of letters sent to Cash by inmates who attended his concert in 1968.

Harris Center. Built in 2011, the Harris Center for the Arts offers a great place for a night out! Three stages…
Read more